I just had my first spanish lesson, can you tell? I’ve been in Acacias for one day so far, and it feels like its been weeks. My schedule has been so busy, I’ve barely had time to think about what to do. I arrived in Bogota at midnight on the 6th, so I decided to crash at a hotel for the night, and ended up staying at Hotel Fontibon. It’s in a lively part of town, and the parties were still raging when I checked in at 1 AM on Wednesday. The music was blasting, and it never really settled down so I got to fall asleep to the sound of Colombian songs. The next morning I hopped on a bus to Acacias, which took 3 hours longer than expected. However, the drive was beautiful and the seats were really comfortable, and I’m sure if I wasn’t so paranoid about my bags being stolen I could’ve gotten a great nap in. 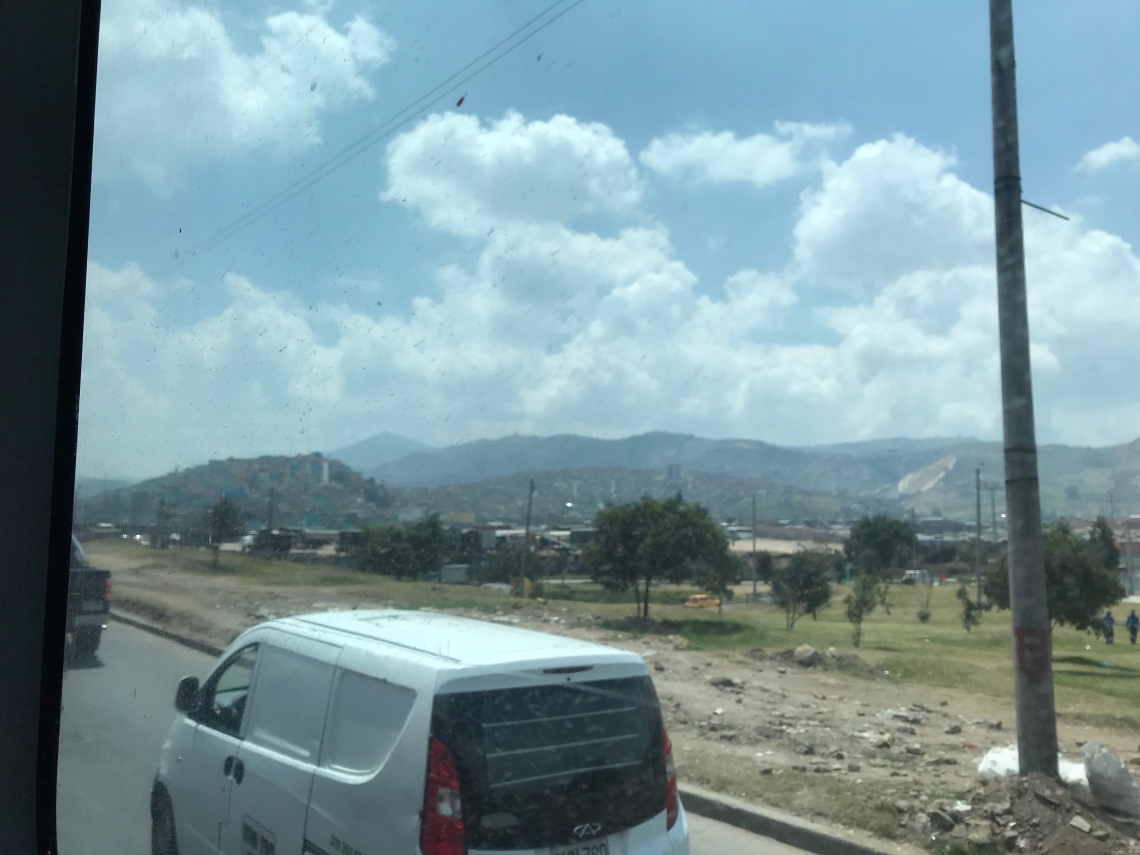 When I finally arrived in Acacias at 6 PM it was dark, but I could still see the beauty in the little town. It was one of the other volunteers birthdays, so we walked to a really fun Mexican restaurant to eat. The food was delicious, so I know we’ll be back. We stopped for ping pong on our way back, and I got to see the party scene in Acacias, which I’m sure I’ll check out one of these weekends. 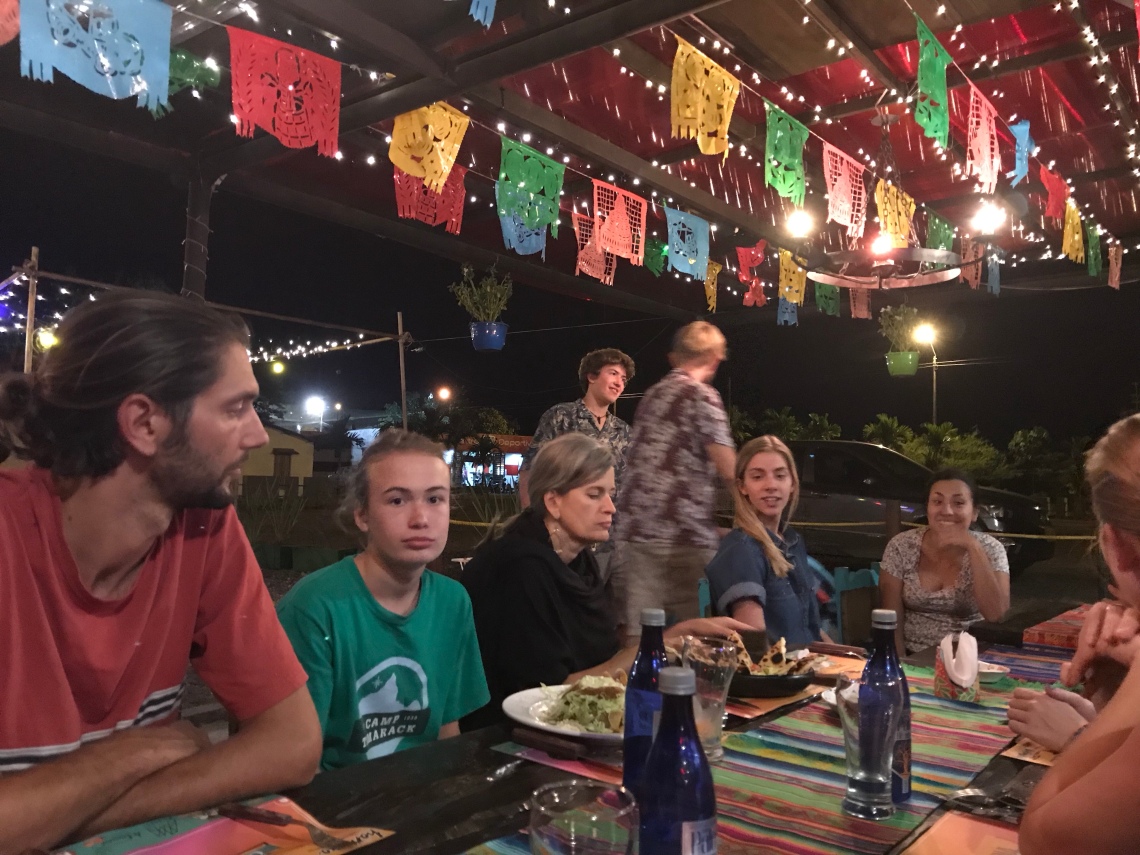 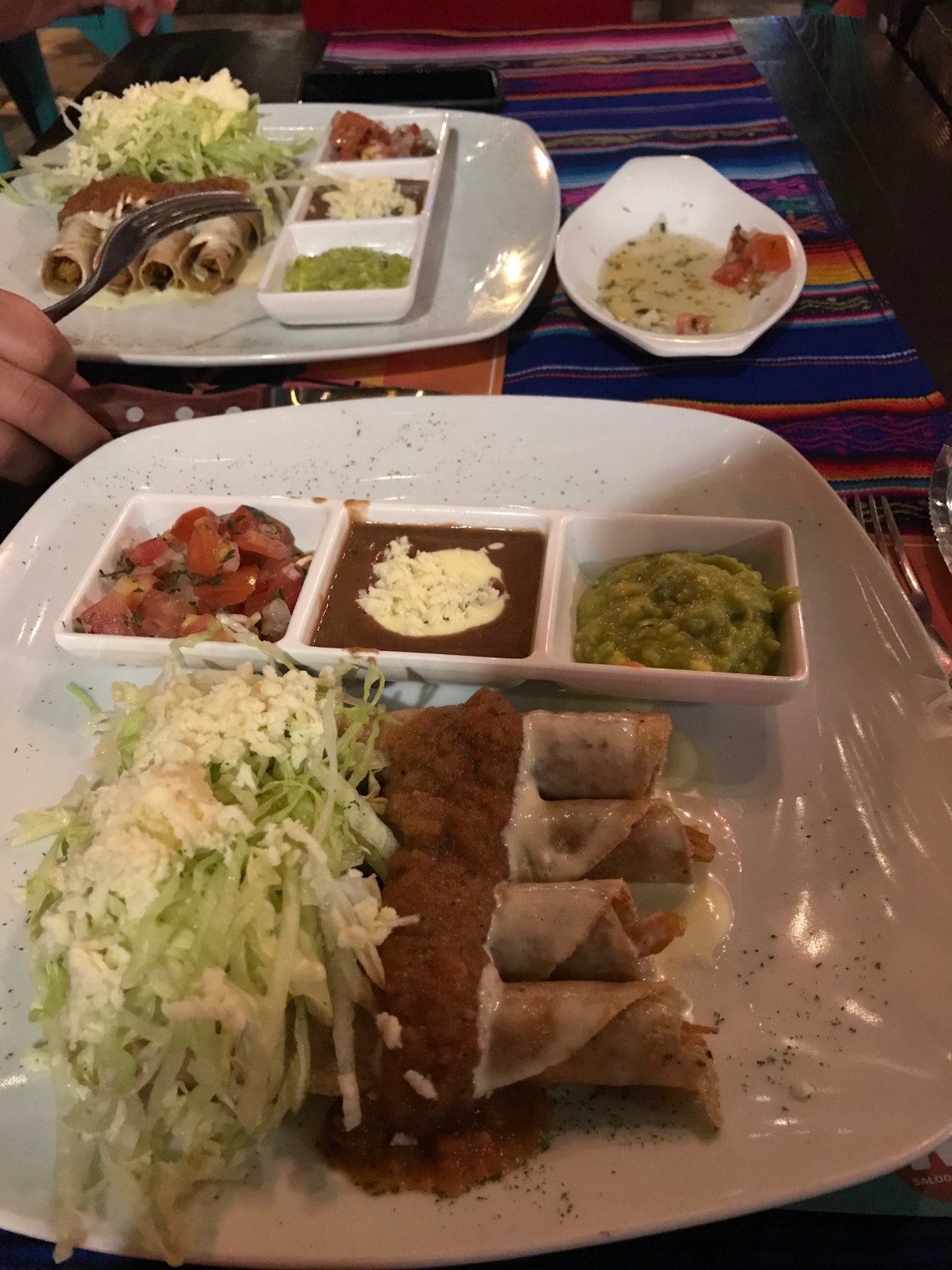 This morning, I woke up at 7:30 AM, a new record for me! I snatched one of my last remaining granola bars and then set out with a small group to do some grocery shopping, because I had absolutely no food left. The shopping was stressful, because I can’t cook in the first place, and with uncommon ingredients it’s nearly impossible, but I managed to buy some eggs and cereal. Nearly nothing is refrigerated here, which surprised me, and it took me three stores to find one that sold milk from a box and not a bag. 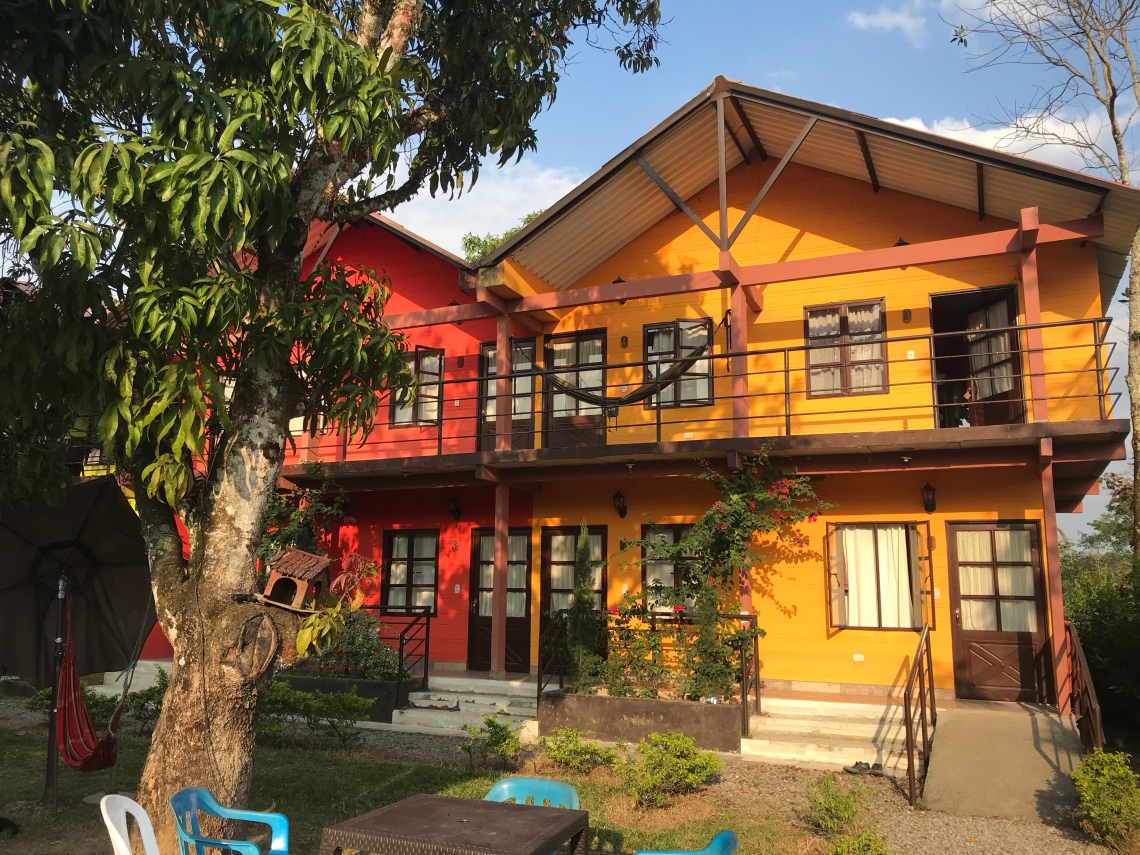 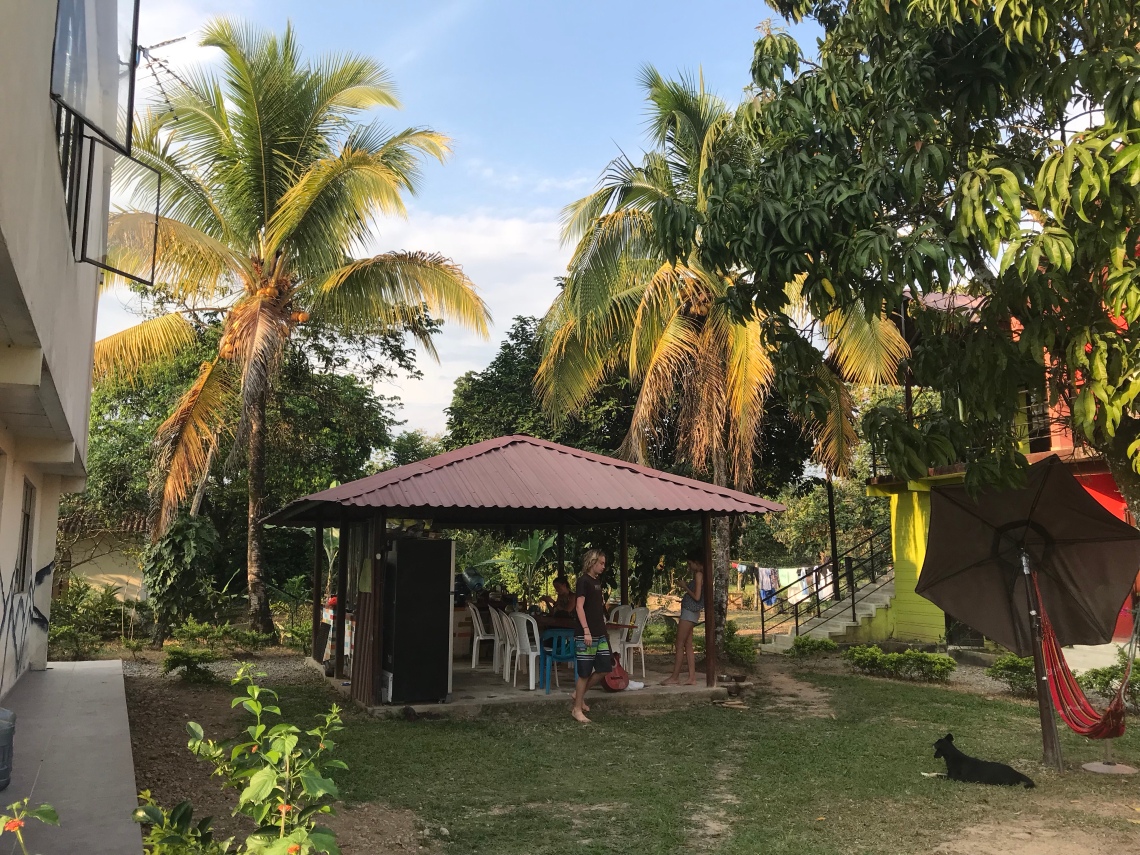 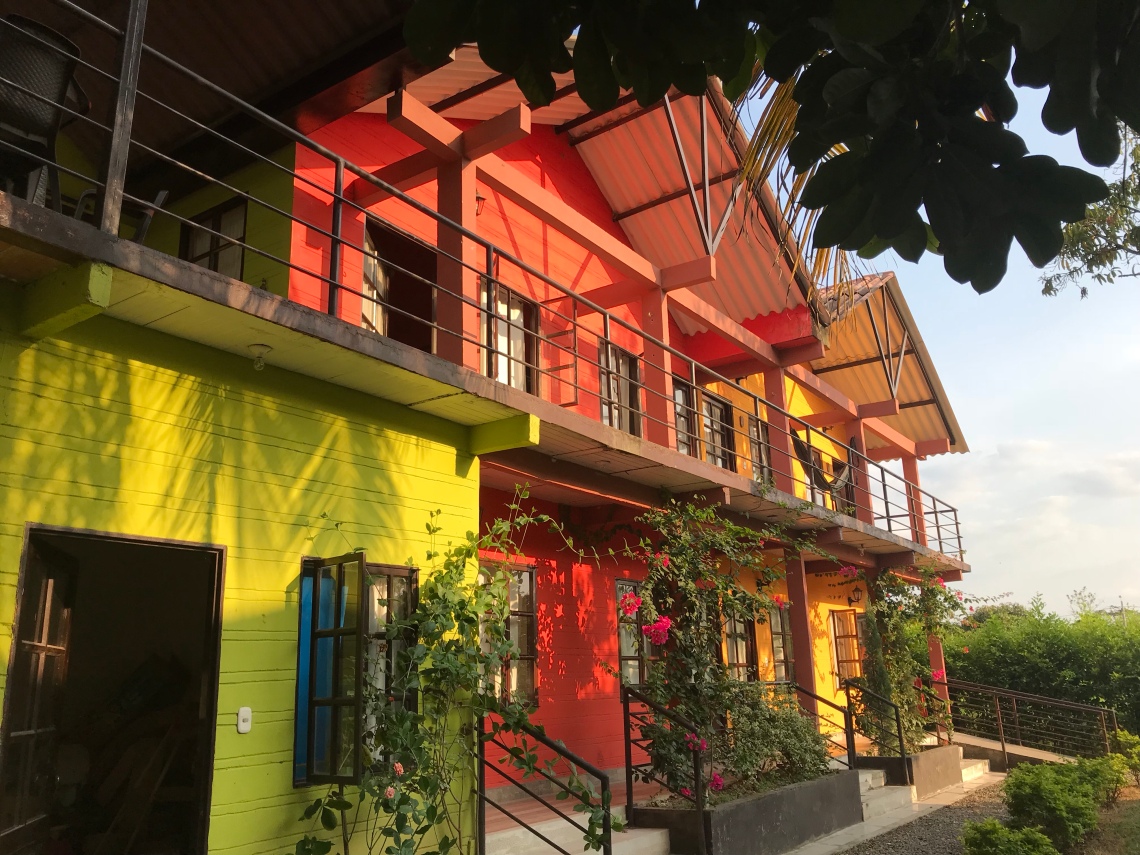 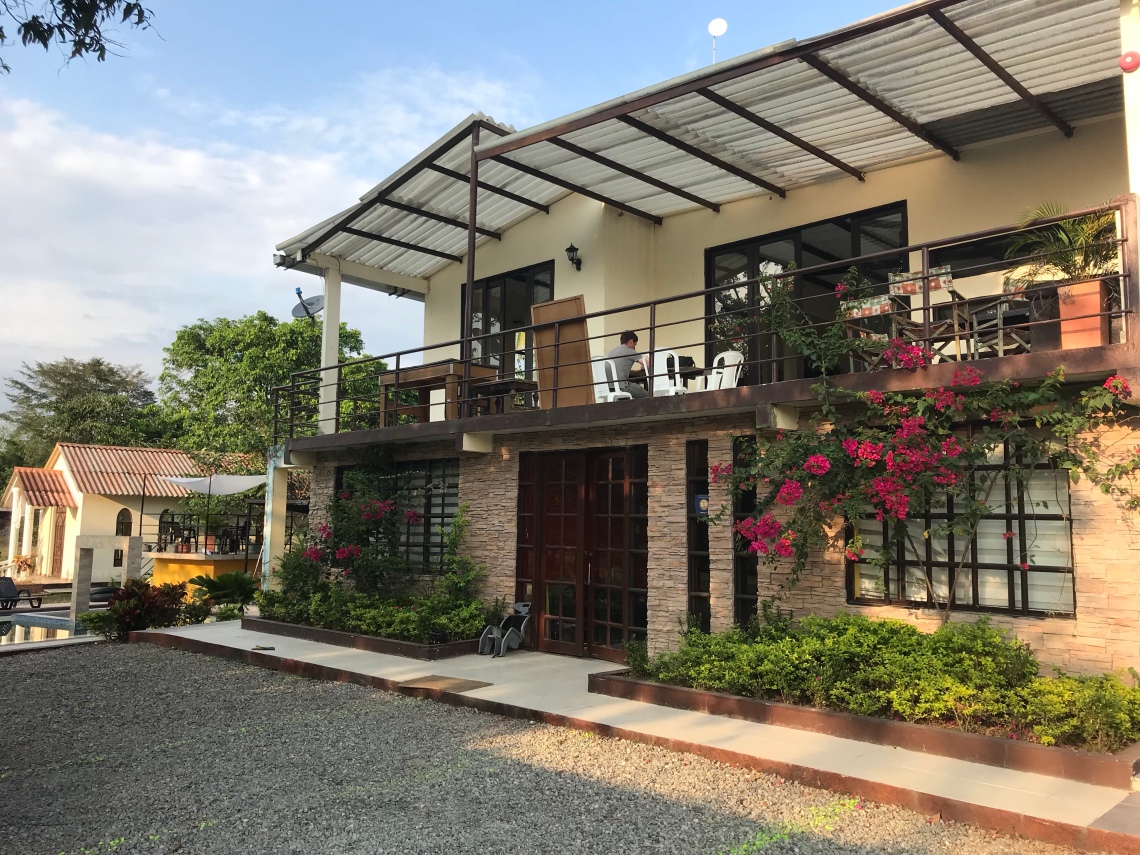 After shopping, we went back to New Western to relax for a little before setting out another adventure. Our waterfall hike was postponed to this weekend (pictures to come then!) but we were told of this great swimming hole that was only a 30 min walk from town. It was beautiful. The water was clear and a kind of aqua blue/ emerald green color, and there was this natural mossy rock wall behind the pool of water. It was part of the Rio Acacias, the river that runs through town, but it’s farther up on the cleaner part of the river. After a short walk, we got to a ledge where you could jump into the water below, and that was really spectacular. We jumped from the ledge, but the locals showed us up by finding a much higher part to jump from, dives and back flips included. 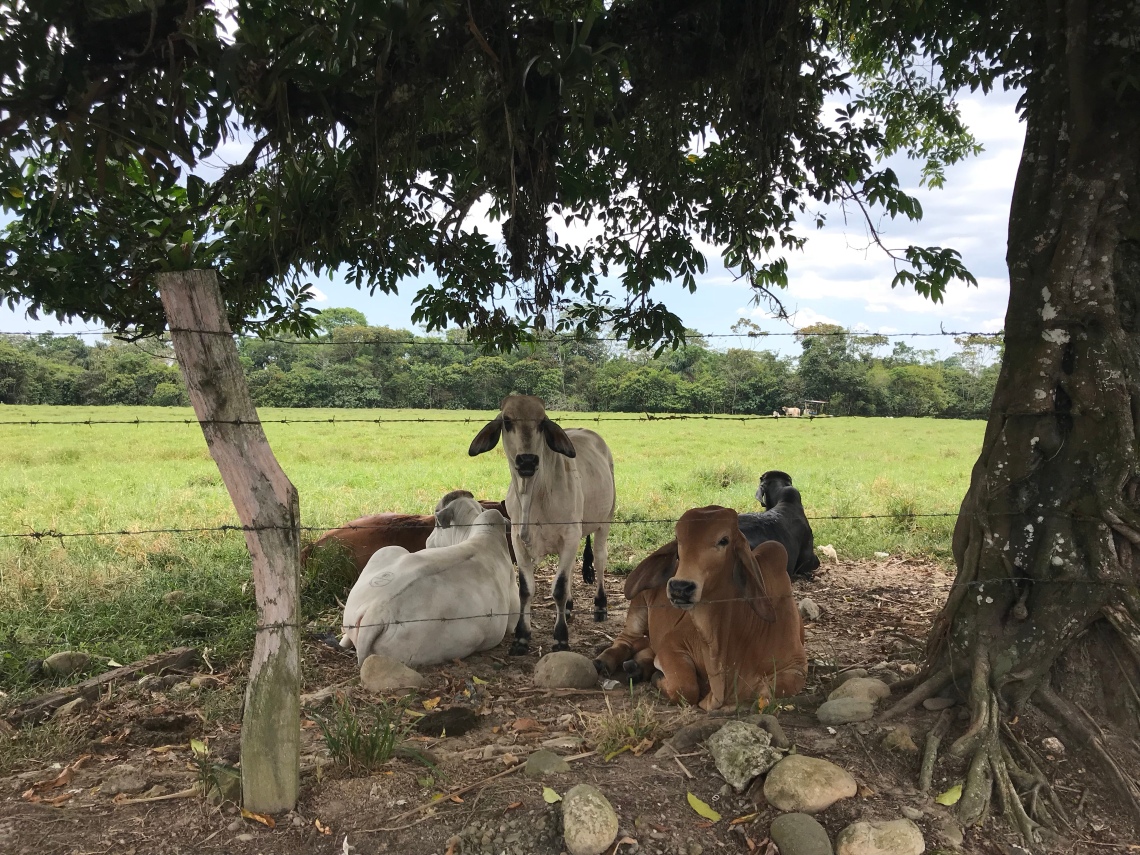 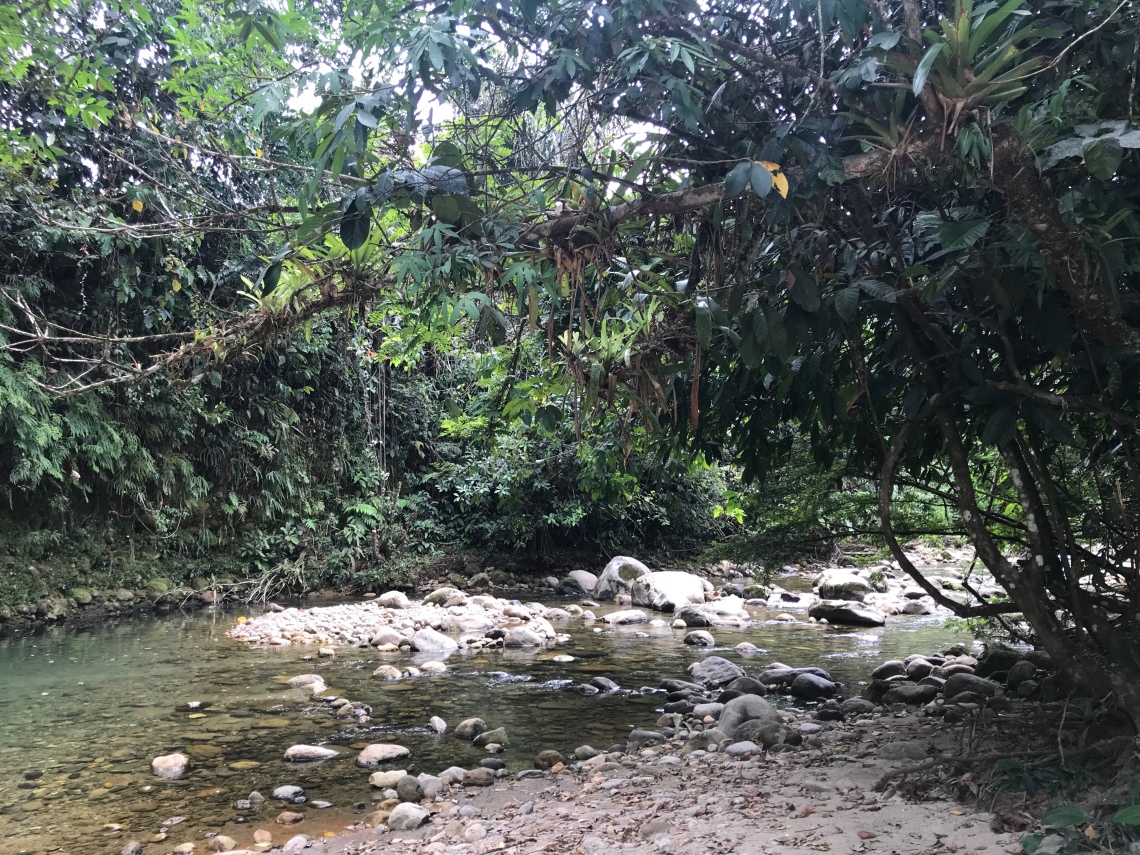 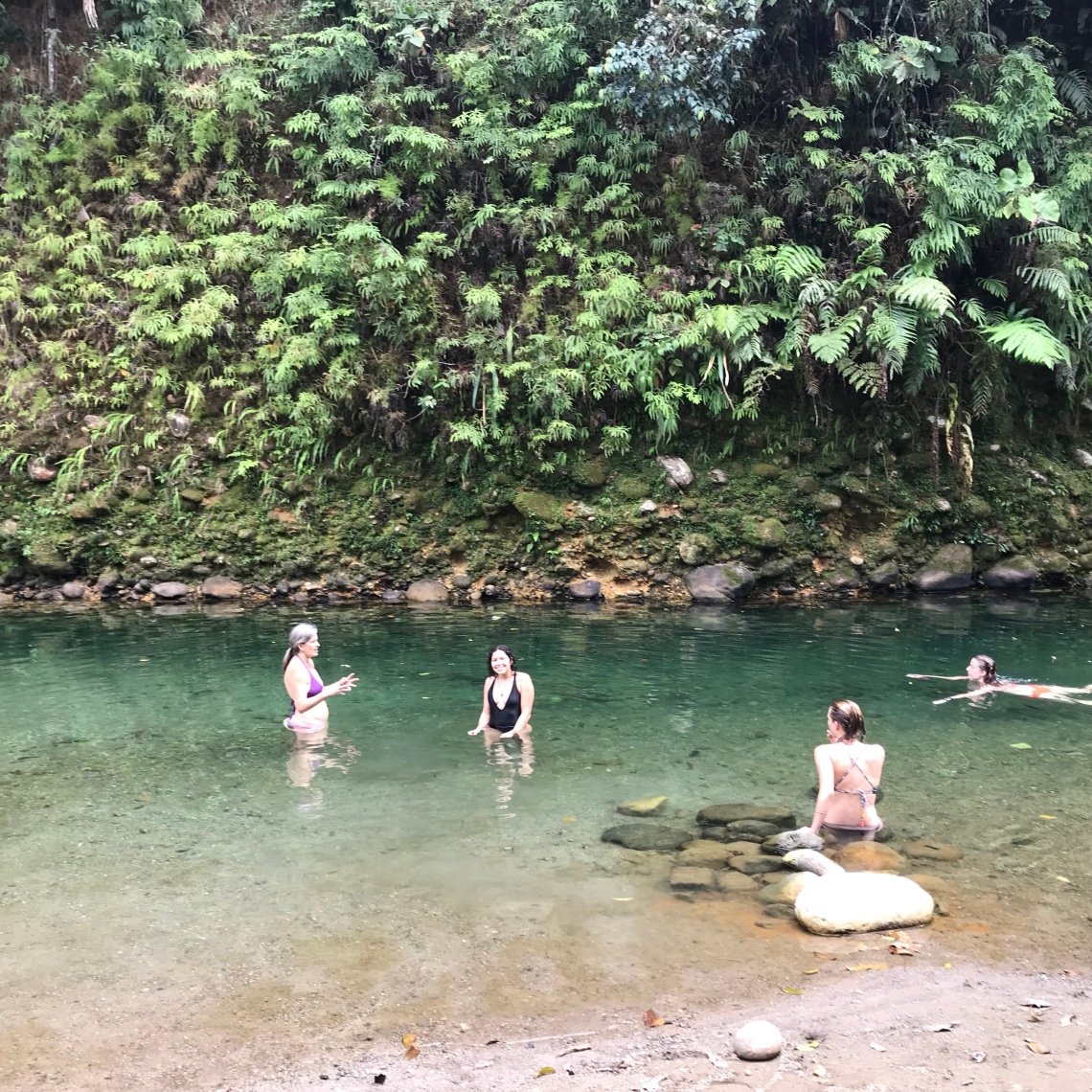 After our swim, I went back into town to buy some more groceries. We went to 5 grocery stores in search for some eggplants, an impossible task. Some of the other volunteers are making a big Indian dinner tonight, which I’m excited for, mostly because it means I don’t have to cook for myself. I stopped at a little bakery and bought some cake, which was delicious. The other volunteer showed me all the best spots in town, and I spotted this cute cafe that I definitely want to check out. 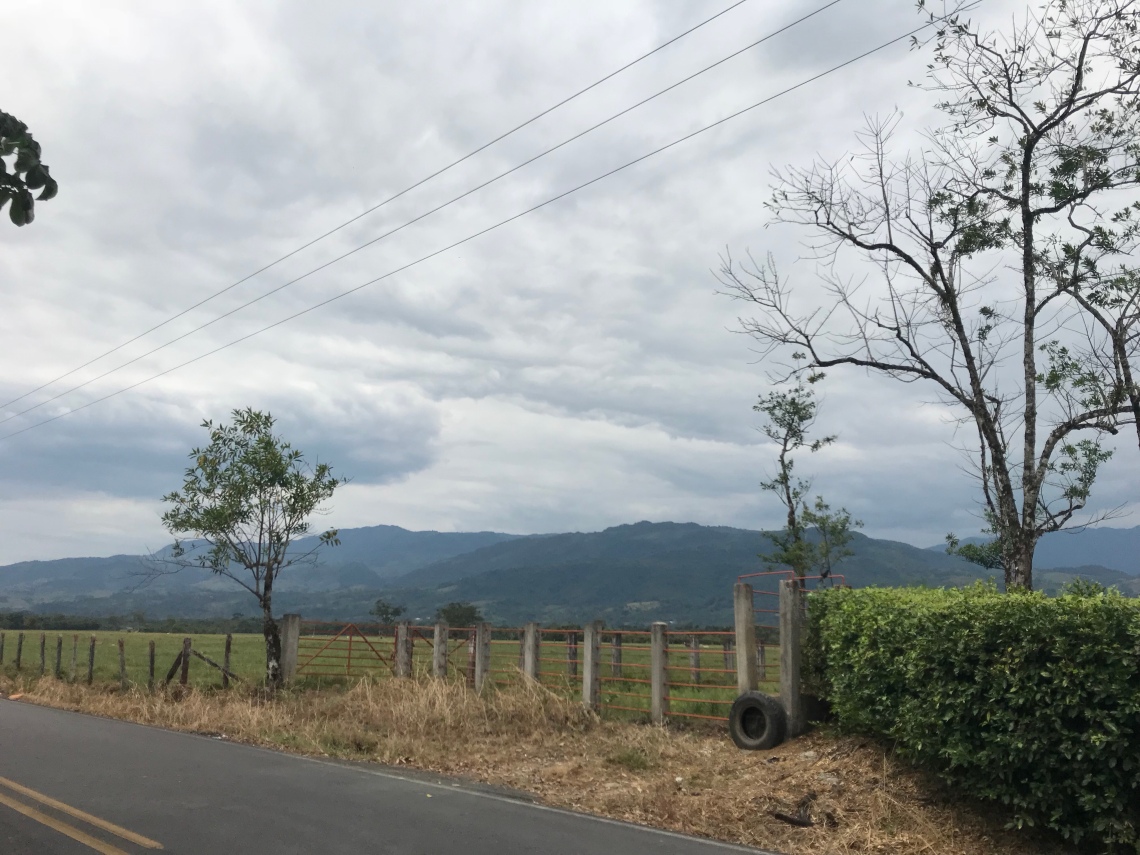 Then, I had my first spanish lesson! It was definitely harder than I anticipated, especially because there is only two of us, so I really need to pay attention. I just hope to have basic conversational skills before I leave Acacias in 6 weeks, but it will be a lot of work. Tomorrow I teach my first English class, and I’m thrilled to meet all my students.

Woah, it has been quite a day and it’s only 5 PM. I’ll try to write every few days or once a week, or whenever something exciting happens. This post is to let you all know who keep texting me that I’m alive and well. I wasn’t kidnapped, I wasn’t murdered; yet. Also I’m working on a big video of my whole experience here in Colombia that I’ll upload in a few weeks, so look forward to that. Till next time!

Currently: in the Hague, NL