I’ve spent the past several days trying to think of adjectives to describe my apprenticeship experience so far, and I can only think of one simple one: crazy. For the last month and a half, I have been waking up at 6 AM to hail a rickshaw to my government school 25 minutes away, where I assist with grades 5-7. School here starts at 7:30 and ends at 12, so the days are much shorter, but way more grueling, than I’m used to. It is also an English medium school, but the instruction tends to be half English and half Hindi, as the levels of the students in English ranges to both extremes.

On the first day. I show up, not exactly knowing what to expect, and trying hard to have no expectations at all. I walk in to the courtyard, a small cement space with a sad looking playground, where the kids are all lined up uniformly, most of them wearing their slightly soiled uniforms. They sing the national anthem and prayers, then walk in an attempted straight line to class, shouting “Hi Didi!” and “Good morning Didi!” as they go. Didi means sister in Hindi, and it’s what they call their female teachers (Bhaiya for males). 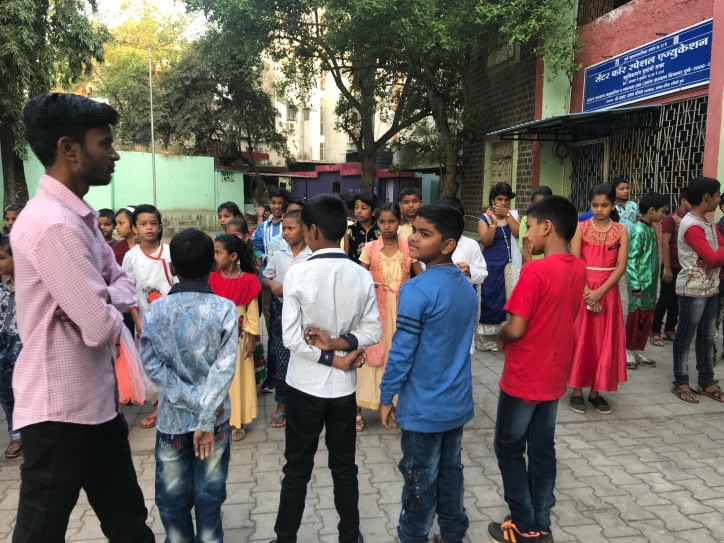 I head to the office to drop my stuff off, then walk upstairs to the Teach for India classrooms. TFI is an educational organization for young adults in India to grow their leadership skills. TFI fellows are assigned to teach at a school for two years, and my school is lucky enough to have three, plus a mentor. On the first day the TFI teacher for grade 6 was out sick, so I struggled to direct the class on my own, and it was a frustrating day. A lot of my first few days felt impossible, trying to wrangle kids in to listen to you, just to teach them something in a language they hardly understand. There was a major learning curve for me, and it took a few weeks before I got excited to go to school.

My amazing friends that are helping me stay sane! 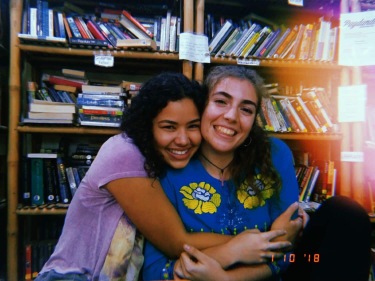 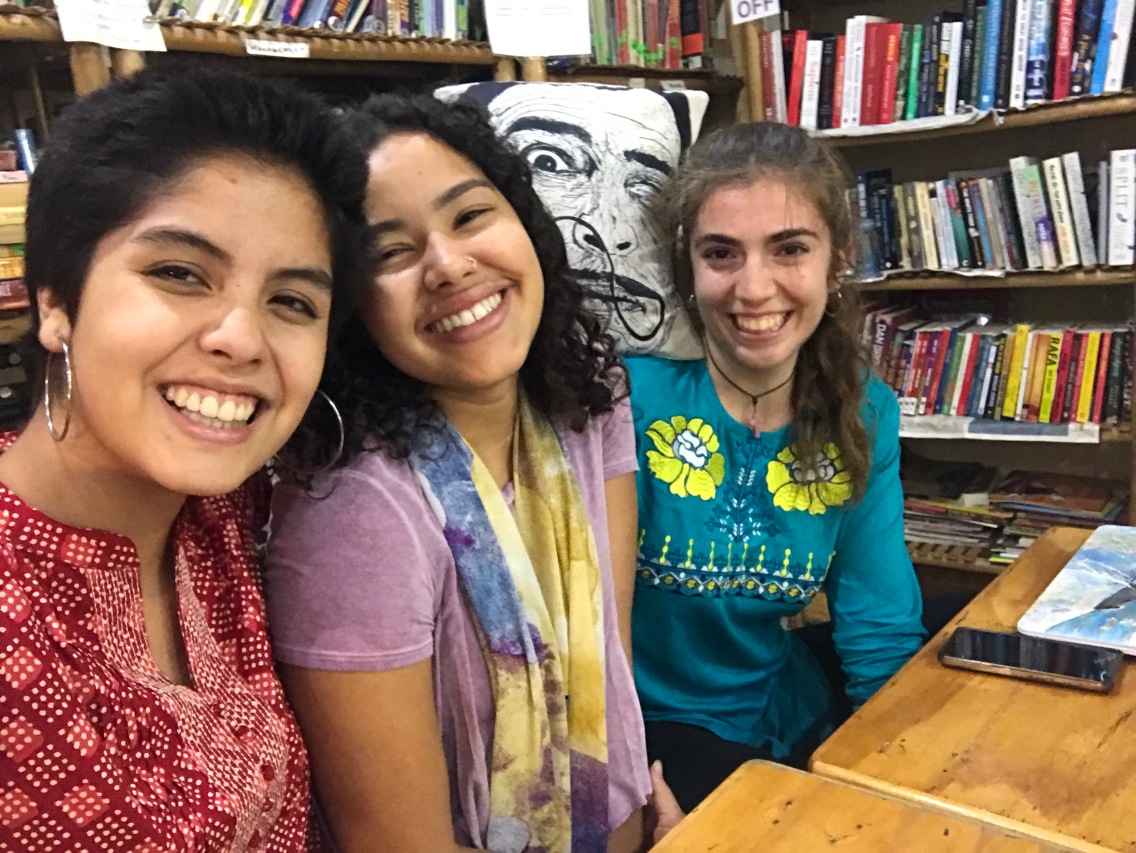 After a few weeks of teaching, all the fellows met for Catch 2, at this amazing nature place called Native Place. It was so wonderful and enriching to get out of the city for a few days, and I definitely needed a little nature rejuvenation after weeks in the bustling city. We discussed our apprenticeships and any struggles we were having, and I had some pretty major breakthroughs that weekend. Next time I came to school, I was ready to teach. 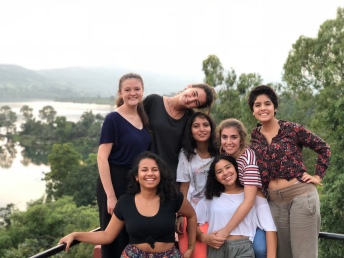 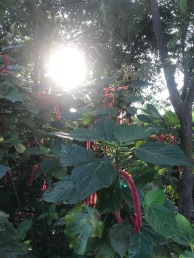 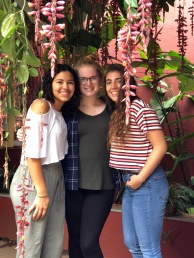 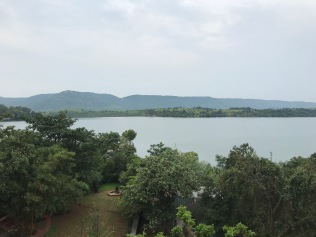 One day, I was sitting in the hallway with three grade 5 students, and I was attempting to teach equivalent fractions. I gave some practice problems after my lesson, and after a few mistakes, they finally got it! I have never smiled more. They started to get problem after problem correct, and I could see their confidence sky rocket before my eyes as they began to beg for more questions to solve. I had never felt accomplished as a teacher until that moment.

Since then, I’ve developed a language of love and respect between my students. When I feel myself getting frustrated (which is admittedly often), rather than yell at the kids, I simply say “Oh dear, let’s try again together.” We try again, we explain the concept in a new way, and we begin to understand each other. I’ve had to adjust language-wise as well, since my Hindi is not quite speaking-level yet, when I teach in English I have to slow down, and I mainly just teach via illustrations now. I’ve also discovered a major difference between ‘knowing’ something, and having the ‘knowledge’ to teach the same thing.

A recent festival we had was Navrati festival, or the nine nights festival. It celebrates different goddesses, as well as agriculture, and involves a lot of dancing. My family changed their diet to celebrate, and we ate only fruits and nuts for 10 days (I cheated, a lot). The dances we did included Dandiya, which is a dance with sticks in your hands, as well as the traditional folk dance, Garba. At the end of the festival, we had a Dandiya celebration at our school, and the kids all dressed up in their best Indian festive wear, and we danced for an hour! They taught me so many moves, and it was all smiles 🙂 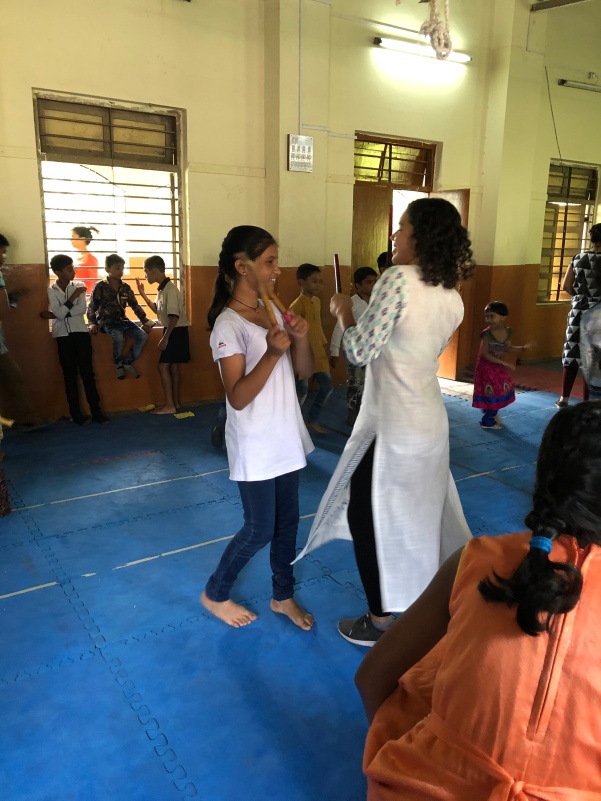 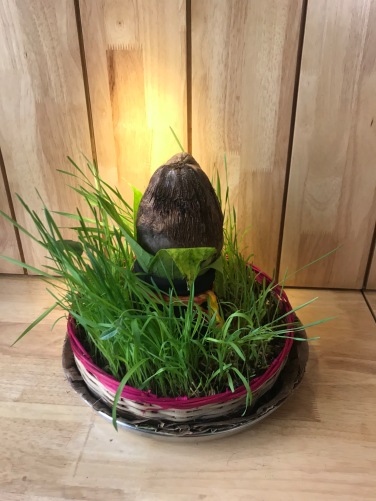 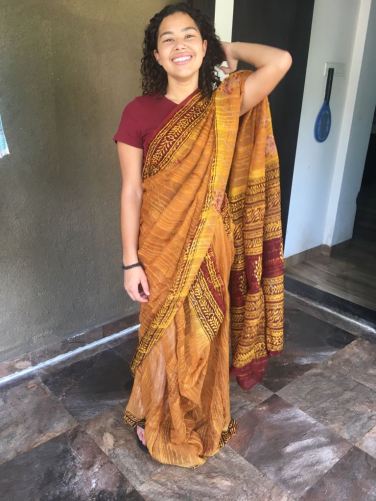 Since our school is a government school, it runs very low on resources. However, an amazing organization called Just for Kids provides soccer teams for the kids, so they have an after school activity to look forward to. Their competition season is right around the corner, so I’ve been attending some of their practices, and seeing their excitement is so thrilling! If they win their tournament, they get to travel to Bangalore to play, which would be their first time on a plane! Wish them luck!

I love these kids; watching them do a mini dance when they finally get an answer correct, or seeing their excitement over a science experiment, or even new soccer shoes, it reminds me why I decided to come to India. To find the good in the world, to see that goodness, and to spread it far and wide. That’s what I’m doing with these wonderful children (at least I hope).

Last night was the first full moon since Navrati, so we climbed up to the roof and drank some hot milk with fruits and nuts in it. We had to hold the milk in the moonbeams, so we can ingest a little bit of its magic on this special night. It was so beautiful, and I got entranced in the power of it. There is no where I’d rather be right now then right here, doing what I’m doing.

Currently: in the Hague, NL